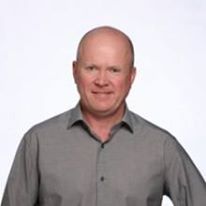 Steve McFadden is an English actor best known for his role as hardman Phil Mitchell in Eastenders, a role he has played since 1990.

Steve won the British Soap Award Villain Of The Year in 2001 and has been nominated for best actor on many occasions.

Steve has had numerous guest appearances in films such as The Firm, Buster and Kevin and Perry Go Large in 2000 with Kathy Burke and Harry Enfield and tv series The Bill, Minder and Bergerac.

Steve also presented his own TV series Britain’s hardest which aired on Sky One.

To book soap start Steve McFadden or hire a TV celebrity speaker for an event or conference with Laughter UK Call 01524 733310 or contact us online.