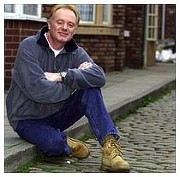 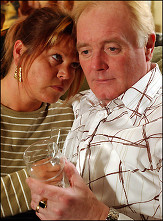 Best known for his role as cab driver Les Battersby, in Coronation Street. Bruce started out by training at the Manchester School of Theatre, which was followed by Bruce forming a very successful double act with his friend "Clark and Jones."

Bruce has appeared in quite a few programs and films such as Twenty Four Seven and he played Reg in The Full Monty, for which he gained an award from the American Actors guild for the most outstanding cast performance. This is all before he joined Coronation Street in 1997 where he spent 10 wonderful years, earning a great name for himself.

Bruce has also recently won the Variety Club of Great Britain's Silver Heart, which is one of the most important awards for people who do charity work. This has never been given to a TV Celeb before now.

Bruce Jones is loved by many people, and when you are spending an evening as part of the audience with Bruce Jones, you will no doubt see that right from the very start, he really gets stuck in answering questions, making jokes, telling stories about his life and poking fun. Bruce really does have everyone in stitches all night long, with his off the wall jokes and remarks.

It would not be an understatement to say, that when Bruce steps out to speak to the audience, he is welcomed by a standing ovation and a thunderous applause. You are guaranteed to have a wonderful memorable evening with Bruce Jones.

Bruce grew up in a place that was rough and violent, but he walked away with a dream to be an actor and he made it. He encourages people never to let go of their dreams. 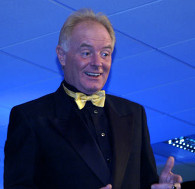 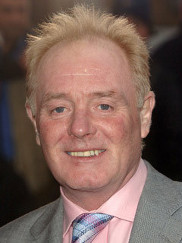