Award Winning TV Comedian & Scriptwriter Digby Spade who’s Rapid Fire Comedy Style that is much appreciated by his audiences is the only artiste ever to have appeared in two separate ‘Opportunity Knocks’ Finals.

He did this as lead singer with ‘City Lights’ in 1968 and as a comedy Entertainer in 1975. In the past Digby has shared the bill with legendary performers such as Matt Munroe , Millicent Martin and Little & Large to name a few. Digby has won numerous awards including Comedian of the Year Lincoln , Yorkshire , Cumbria , Devon , and The North East of England. Whilst digby has had and is still enjoying Television & Radio Success he has done no fewer than 12 Summer Seasons in the Balearics working for Thompsons & Airtours. As Finer Polished Comedian & Entertainer as you’ll see in the Business ! 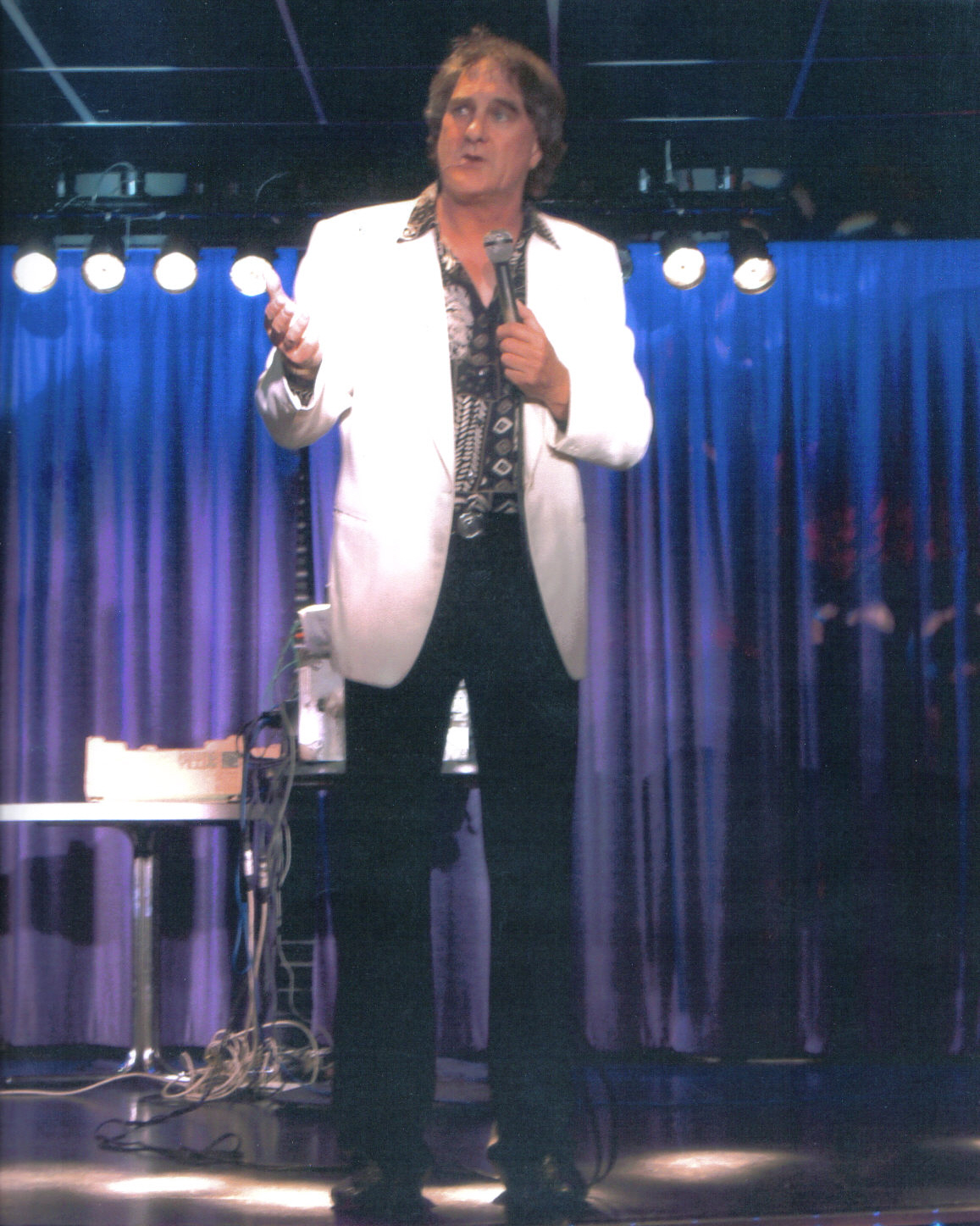