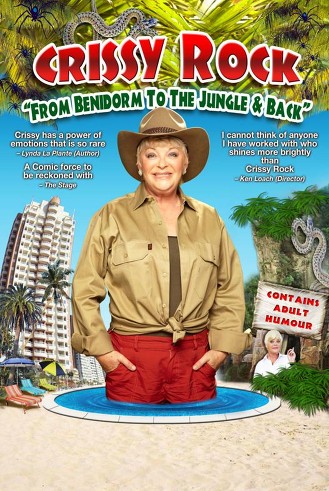 For someone who is fast becoming one of Britain’s most talked about comediennes, life is starting to move at a hectic pace for Liverpool Comedienne Crissy Rock.

Starting as a ‘stand-up’ comedienne in the late 80’s, mainly for fun, Crissy soon realised that she had a talent for making people laugh, a talent that was also spotted by BOB MONKHOUSE, when Crissy appeared nation-wide on the BBC Television show “Bob Says Opportunity Knocks”. Having now appeared on numerous TV shows including Benidorm and I'm a Celebrity, Crissy is one of the UK most sought after comedians on the circuit.

If you are looking to book a comedian then Crissy is fantastic for Ladies nights, Cabaret, Comedy nights, etc