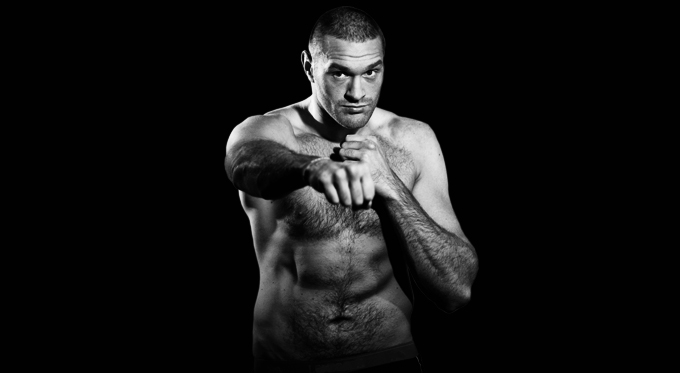 Tyson Fury is from Manchester, England he fights professionally at a heavyweight level, as a former heavyweight champion for Britain and the Commonwealth, he is an excellent sports speaker with vast knowledge to pass on to your audience.

He began his professional boxing career back in 2008, coming from a long line of boxers and bare-knuckle fighters, Tyson is also of Irish Traveller decent. Tyson Fury was named after former world champion Mike Tyson. Fanatical about boxing from youth has made Tyson a committed athlete.

He represented both England and Ireland at an amateur level. Fury originally fought through the Holy Family Boxing Club in Ireland, he wasn’t allowed to take part in the Irish National Championships due to the Holy Trinity Boxing Club in Belfast challenging Tyson’s claim of Irish heritage. After presenting a detailed family history he could take part in the 2006 World Junior Championships he won a bronze medal at the event.

Fury continued to work as a boxer and sports speakers in England being fighting as a member of Jimmy Egan Boxing Academy and being involved in both senior national championships and the EU Junior Championships.

Facing difficulties concerning his Irish heritage after applying to represent Ireland at the 2008 Olympic games. Tyson continued with his professional career with a world number three rating!

Losing out on the opportunity to represent England to David Price despite his best efforts, he also failed to represent Ireland due to the doubt concerning his heritage.

In October 2016, a pending investigation regarding anti-doping and medical issues, Tyson decided to vacate the WBA, WBO and IBO heavyweight titles so he wasn’t under constant pressure and could focus on his recovery and get professional medical help and time with his family. Fans eagerly await his potential return to boxing in 2017.

To book Tyson Fury as an after dinner speaker for your boxing event or as a celebrity guest speaker or sports speaker, or even a presenter contact us on 01524 733310 or contact us online