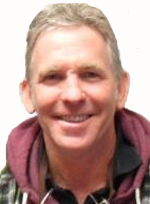 Former British cricketer and international sports speaker Dermot Reeve OBE has been the subject of much scandal and controversy since his retirement, yet his impressive abilities on the pitch have continued to make him one of the most successful cricketers of recent British history.

Playing for Sussex, Warwickshire and Somerset during his domestic career Reeve was known as an adept, albeit, unconventional all-rounder who helped bring Somerset to the County Championships and, whilst captain of Warwickshire, brought the team to an unprecedented triple win at the 1994 County Championship, the AXA Equity and Law League and the Benson & Hedges Cup. Beginning in the early 1990’s Dermot Reeve made more than thirty appearances for the English cricket team, playing in three Test Matches and twenty nine ODI’s; though now based in Australia Reeve continues to work as an after dinner speaker for the international English cricket team.

Upon retiring Dermot Reeve OBE spent several working as a sports speaker and manager for the New Zealand domestic team Central Districts. He also spent five years working as a cricket speaker and commentator for Channel 4, helping to launch their first coverage of English Test Matches; as a television presenter and cricket speaker Reeve was required not only to commentate on matches but also interview cricket players past and present as well as present trophies after successful matches.

Drug scandal forced Reeve out of Channel 4 in 2005 however in more recent years he has returned to the media as a cricket speaker working on the BBC radio series Test Match Special, as well as commentating on the IPL cricket coverage.

Available as an after dinner speaker for both sporting and charitable events Dermot Reeve OBE is a talented cricketer and notorious public figure always popular with audiences around the world.

To book cricket speaker Dermot Reeve as an after dinner speaker for events Call 01524 733310 or contact us online.