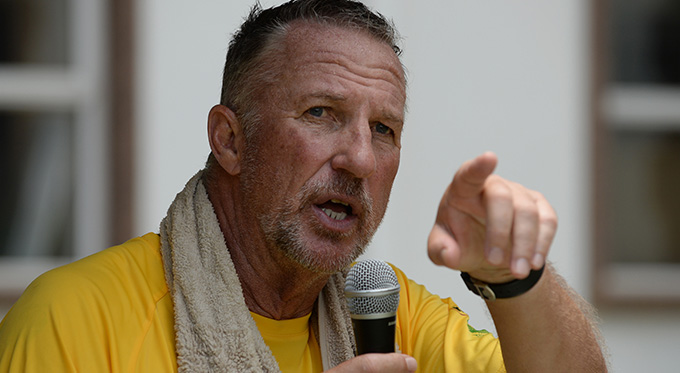 Botham was a genuine all-rounder. In Test Cricket, Botham scored 5,200 runs, took 383 wickets and fielding predominantly in the slips, held 120 catches. In all first-class cricket, Botham scored 19,399 runs at an average of 33.97, took 1,172 wickets at 27.22 and held 354 catches. Botham played mainly for Somerset, as well as Durham and Worcestershire as well as a season in Australia playing for Queensland.

While at times a controversial player both on and off the field, Botham held a number of Test cricket records. These included the record for the highest number of wickets, taken by an England bowler, until April of 2015, when his total was surpassed by Jimmy Anderson.

Botham was one of England’s most successful all-rounders, particularly in Test Cricket, although his award of a knighthood was actually in recognition of his services to charity.

Botham was knighted by Queen Elizabeth II in the 2007 New Years Honours List and in August of 2009, was inducted into the ICC Cricket Hall of Fame.

To book Sir Ian Botham as an after dinner or cricket speaker Call 01524 733310 or contact us online.