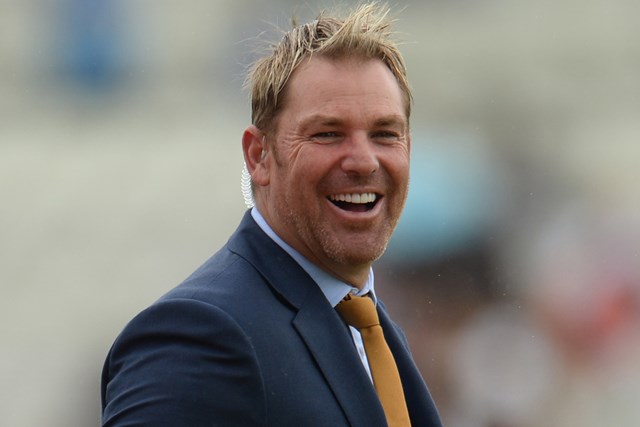 Heralded as one of the greatest bowlers in the world cricket speaker Shane Warne is an Australian cricketer with a long and successful career that spanned more than twenty years.

Playing his first Test Match in 1992 Shane Warne has received numerous commendations for his playing abilities as well as plenty of enviable competitive trophies. In his work as a sports speaker Shane regales audiences with stories from the momentous four Ashes series won by Australia during the first half of his career.

Making headlines both on and off the pitch Shane Warne was always known for his charisma and personality, which he retains in all his work as a cricket speaker; touring both Australia and the UK Shane Warne is one of the most popular after dinner speakers on our roster.

Following his retirement from all cricket in the late 2000’s Shane has cultivated a career for himself as a pundit and cricket speaker for the Australian Nine Network and the international broadcaster Sky Sports. Recently Shane joined the BBC sports quiz series, A Question of Sport.

Outside his work as a sports speaker Shane Warne is also a professional poker player and has endorsed a number of high profile products; he has remained popular prey for tabloid newspapers around the world and has been involved in a number of scandals.

Now work as an after dinner speaker and raising money for the Shane Warne Foundation, a charity that helps terminally ill and underprivileged children, Shane remains known as one of the best cricketers of his generation, and in 2000 was voted number 4 in the Wisden Cricketers of the Century poll.