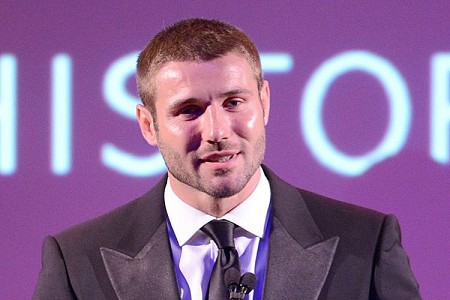 A member of the historic 2003 Rugby World Cup winning squad, Cohen enjoyed a prolific playing career before retiring in 2011 and starting up the now formidable StandUp Foundation, created to help combat bullying and homophobia.

Most recognisable for his time with Northampton Saints RFC, Cohen also played for French side Brive before returning to finish his career with Sale Sharks. Amassing an impressive 155 points across 57 International England appearances, sports speaker Ben Cohen was a formidable and feared opponent. A prolific try scorer for club and country, Cohen now dedicates his time and efforts towards fighting issues which he feels passionately about.

Clinically classed as deaf, he has formed the impressive StandUp Foundation. Designed to help eradicate bullying across schools and sports after experiencing personal tragedy of his own through violence, Cohen actively looks to promote anti-bullying and homophobia drives with his ultimate aim to make the lives of others better.

An exceptionally inspirational individual, Ben Cohen provides an incomparable guest as an after dinner speaker and rugby speaker, thanks to his own ability to overcoming adversity and peak performance.

Instantly popular and recognisable with any rugby fan thanks to his prolific career, Ben Cohen provides himself as an articulate after dinner speaker guest, specialising as a rugby speaker for a whole host of occasions and events.

Ben Cohen is in great demand as Motivational and After-Dinner Speaker.

Ben Cohen is available as

To book Ben Cohen for an event or conference or hire an after dinner speaker with Laughter UK Call 01524 733310 or contact us online.