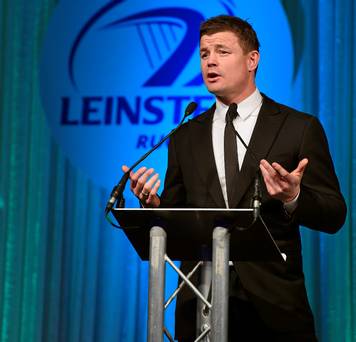 O’Driscoll captained Ireland from 2003 until 2012, and captained the British and Irish Lions for their 2005 tour of New Zealand. He is regarded by critics as one of the greatest rugby union players of all time.

O’Driscoll is the second most-capped player in Rugby Union history, having played 141 test matches, 133 for Ireland and eight for the British and Irish Lions. He scored 46 tries for Ireland and 1 try for the lions in 2001, making the highest ever-try scorer of all time. O’Driscoll is the 8th-highest try scorer in International Rugby Union history, and the highest scoring centre of all time.

Holding the Six Nations record for most-tries scored with 26, he has scored the most Heineken Cup tries for an Irishman. O’Driscoll was chosen as Player of the Tournament in the 2006, 2007 and the 2009 Six Nations Championships.

Brian O'driscoll is available as

To book Brian O'driscoll for an event or conference or hire any Rugby Speakers with Laughter UK Call 01524 733310 or contact us online.