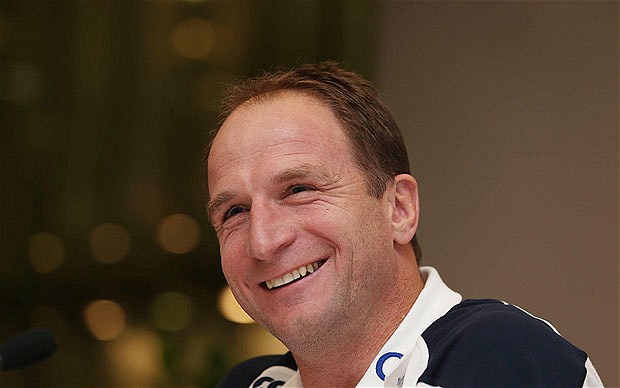 Mike played for Bath Rugby Club between 1992-2004 before joining London Irish to enjoy a twilight ending to his career. Mike contributed both as a player and backs coach at the club, winning the accolade of Premiership Player of the Year in 2006 as well as holding the record for the oldest player to compete in a Guinness Premiership final in 2009, aged 37. Mike’s flexibility as a utility back, allowing him to play in a variety of positions in the back line made him a popular pick for coaches, when combined with his experience and consistency, Mike was amongst some of the best players in the world.

Mike made his England debut in 1994 as a replacement for Rob Andrew. However he received his big break thanks to an untimely injury of incumbent fullback Paul Hull. Mike’s emphatic performances soon crowned him as the new star of English rugby, securing his place for over a decade in the national side. Amongst Mike’s accomplishments include participating in the 1995 Grand Slam squad, being an elemental part of the 2003 World Cup victory, captaining his side in the 2006 Six Nations and taking his side to a second successive World Cup final in 2007. As an after dinner speaker, Mike delivers anecdotal tales to give audience members an insight into an elite level of sport, including the training, motivation and drive needed to succeed.

Mike retired from international rugby in 2007, with retirement from domestic competition in 2010. Mike received an OBE for his services to rugby in 2011 to compliment the MBE he had received after the 2003 World Cup victory. A consummate professional, Mike is an articulate rugby speaker, ensuring a compelled audience that leaves inspired to achieve all they can.

Mike Catt is in great demand as Motivational and After-Dinner Speaker.

Mike Catt is available as

To book Mike Catt for an event or conference or hire an after dinner speaker with Laughter UK Call 01524 733310 or contact us online.