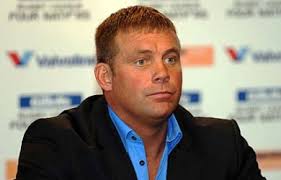 A former Great Britain and England international representative scrum-half, Goulding played for a number of clubs including Wigan and St. Helens, both of whom he won Challenge Cup finals with.

Goulding played for St. Helens in the Rugby League Premiership and the Super League. He also played for Wigan, Leeds, Widnes, Huddersfield Giants, Wakefield Trinity Wildcats, Salford City Reds, Leigh Centurions, Rochdale Hornets and Australian side Eastern Suburbs. As a player he most famously captained St Helens in their double year of 1996.

Goulding's usual position was as at scrum-half. In 1990 he became the youngest ever Great Britain Lions tourist at 18 years of age.

He once kicked 11 goals in a Super League match for St Helens.

He set the record as the highest points scorer in one game for Great Britain - 32 points V Fiji in 1996. At the end of Super League's first season, Goulding was named at scrum half back in the 1996 Super League Dream Team.

In the 1997 post season, Goulding was selected to play for Great Britain at scrum half back in all three matches of the Super League Test series against Australia.

Bobby Goulding as an After Dinner Rugby Speaker will take you down memory lane with some hilarious dressing room and tour stories.

Bobbie Goulding is in great demand as an After-Dinner Speaker.

Bobbie Goulding is available as

To book Bobbie Goulding for an event or conference or hire an after dinner speaker with Laughter UK Call 01524 733310 or contact us online.