Alex plays Diane O’Connor in Channel 4’s award winning soap.  She is perhaps most famous for playing Jacqui Dixon in Brookside, a role for which she is well known and well loved. 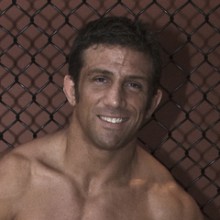 The youngest of 6 siblings, Alex was born in Aldershot on the 21st July 1975. After completing his A levels, Alex enlisted in the 10th Battalion of the Parachute Regiment, a Territorial Army unit where he spent 3 years as a recruit. During this period he worked as a television and film extra appearing in films such as Sliding Doors and Judge Dredd. He also landed a role as Tom Hank’s body double in Saving Private Ryan.

Steve McFadden is an English actor best known for his role as hardman Phil Mitchell in Eastenders, a role he has played since 1990.

Steve won the British Soap Award Villain Of The Year in 2001 and has been nominated for best actor on many occasions.